Mizeta Moon is the pen name of Redwood La Chapel, author of  the novel, Embracing Evil. Mizeta is 75 years old and single, never married and has no children. Mizeta has been a cross dresser her entire life, but has only lived in 24/7 female mode since the early 90’s. Her life is dedicated to teaching others that being one’s true self is not only desirable, but attainable with courage and conviction. Her hope is that by showing the world that cross dressers are not mentally ill, but instead, are normal people with the same needs and dreams as their neighbors and co-workers, the prejudice and derision they face daily will fade from society and others will feel inspired to escape the confines of cultural limitations. Mizeta has written both poetry and short stories over a span of forty-plus years and plans to continue releasing more of her work through SpearPoint Publications in the years to come. 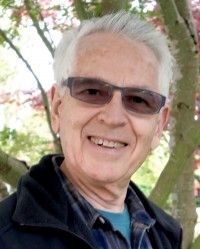 Howard Schneider is married to Leslie, and has three children. As an academic scientist and then entrepreneur, his past writing was for the most part restricted to scientific articles and business communications. Upon retirement and moving from New England to Portland in 2006, he began writing short fiction, an endeavor started in grade school, abandoned during his “working” years, then rekindled by joining two Northeast Portland flash-writing groups. Feeling more confident about stringing words together, four years ago he began writing an old-time radio serial-style adventure about a retired scientist, Max Manus, and his wife, Lena, a retired CIA assassin. Evil powers from the world-over seek his secret for attaining Superman-like power. Lena protects him and his secret from unending attacks by evil forces. Encouraged by positive responses to the so-far nineteen episodes of Max and Lena’s adventures, he joined a more formal writing instruction group. As a result, he added short stories to his writing efforts. Twenty of these very short pieces were included in a self-published  collection in 2015 (Snapshots: Flash Stories From Random Lives; SpearPoint Publications) with his good friend and collaborator, Mizeta Moon, who also contributed twenty stories. Howard and Mizeta have subsequently published three more collections of short fiction: Monkey Casserole,  Word Storms, Survival and Against All Evil.

The primary reason Howard writes is to entertain. He relishes opportunity for originality in fiction; he believes combining imagination and human behavior is unlimited and provides a wealth of source material for new twists on life events. A second reason he writes is for the sheer fun he derives by stretching his imagination and playing with words. For him, creating characters and controlling their every thought, word and action is a blast. He feels the story line possibilities are infinite, especially if fantasy is thrown in occasionally to expand the universe of ideas. In his words, “What can be better than that?”